I've made some flower and leaf microscope slide magnets. 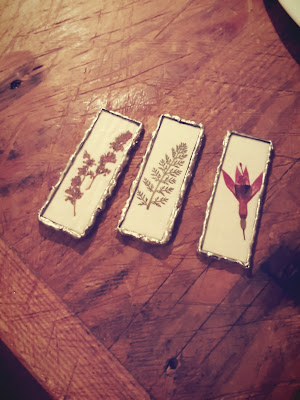 I'm not sure that they're sales-worthy and my soldering iron tip disintegrated while making them, but it was fun to try.

After I replaced my soldering tip (and bought a different iron because I couldn't find a replacement tip for the original) I tried out stained glass pieces.


It went a bit easier this time and the soldering tip survived!!!  I might even make these into necklaces or charms for bracelets for KateeMarie.
Posted by Katie at Friday, October 14, 2016 1 comment:

Again, it's been a while since I've posted but just thought I'd pop in to show some of my recent projects.  Mostly resin work, of course. :)

It's been bittersweet in 2015.  In April, our fur babies that we'd had since they were kittens both died within a day of each other.  :( 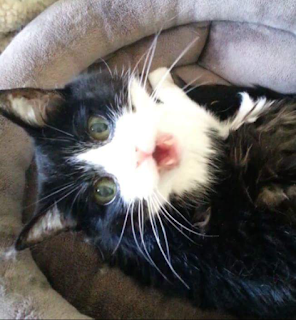 However, in June, we got special news.  Two brother kittens needed a home. 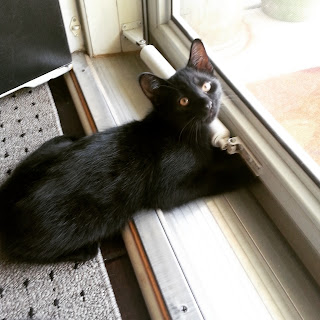 Our kiddos are getting older too.  Annalise is in 7th grade, Aidan is in 5th, and Asher is in 3rd.  I don't know how time goes by so quickly. 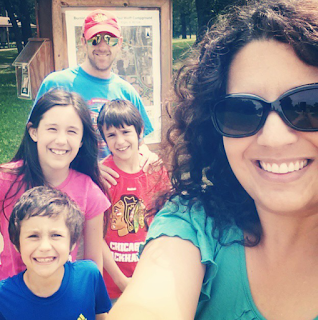 I'm a bit of a mess generally.  I won't show you a picture of my desk right now but let's just say it doesn't look like this anymore. 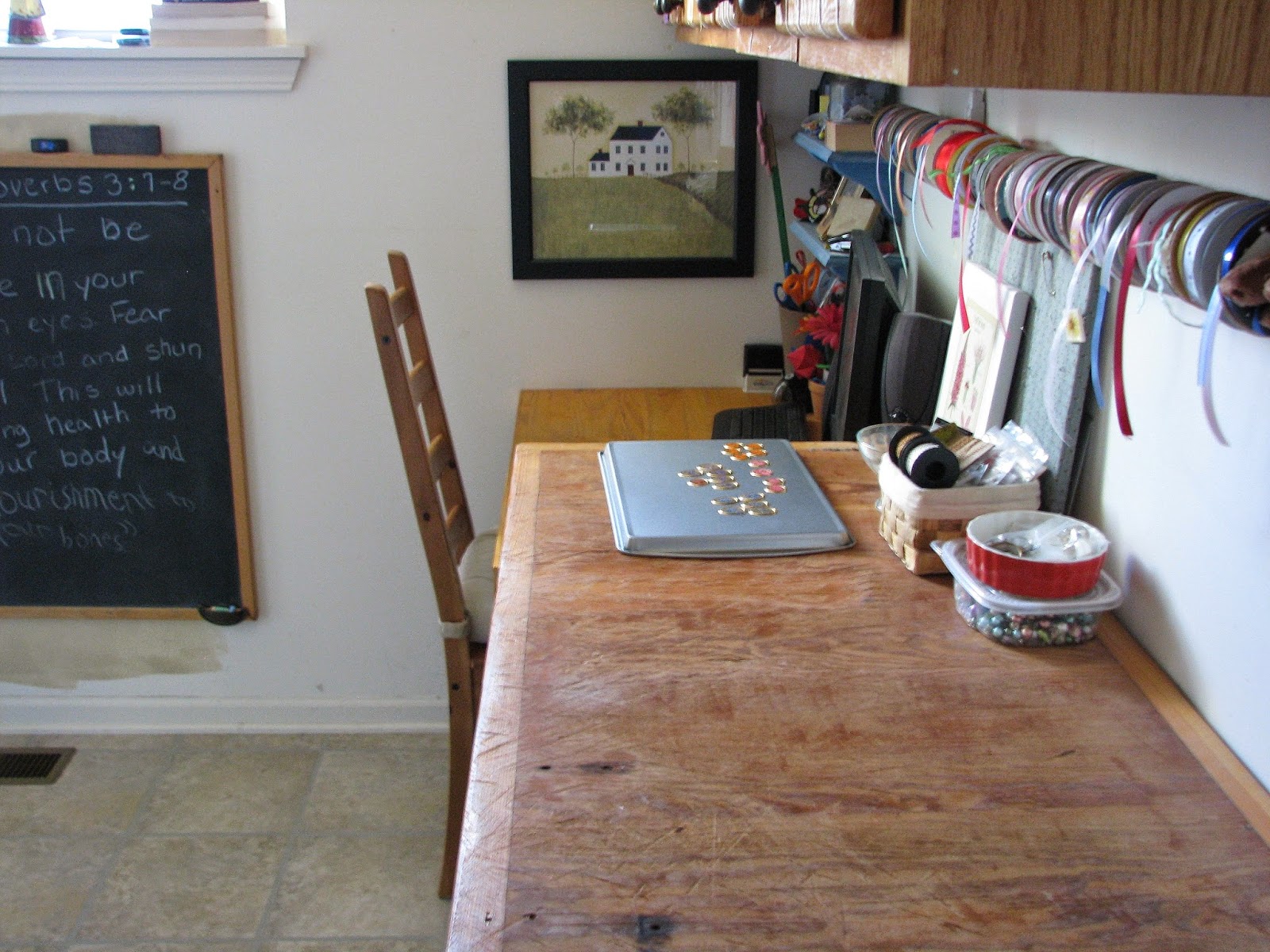 I'm a clutter-nut, I work well in clutter.  However, I would like to be less of a clutter-nut.  I happened across a pin on Pinterest that showed a bowl stacked on a plate with another plate on the base.  They had used candlesticks in-between the layers.  I thought that would be a great use of space in my desk area where I make my jewelry.  I could use the tiers for my findings.  So, I went to Goodwill to find some plates and candlesticks. 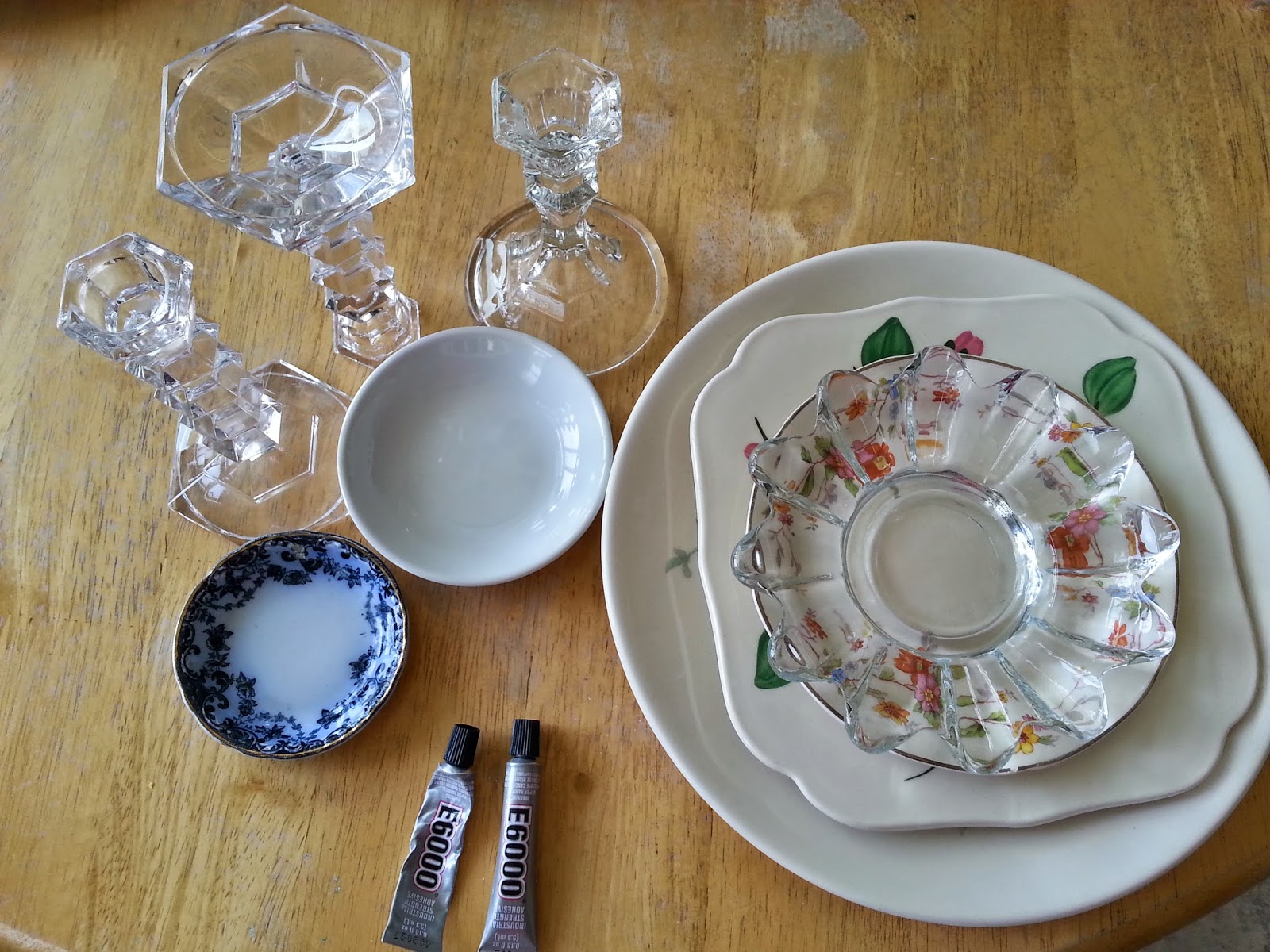 I found some goods at Goodwill but I've also been collecting various saucers and little dishes for a while now.  Did I mention I'm a collector of things?  :) To start, I put the largest plate as my base layer and inverted a glass candlestick. I was careful to find the center of my plate and I used E6000 glue.  I wouldn't recommend soaking in water after assembly, it could affect the adhesive properties of the glue. 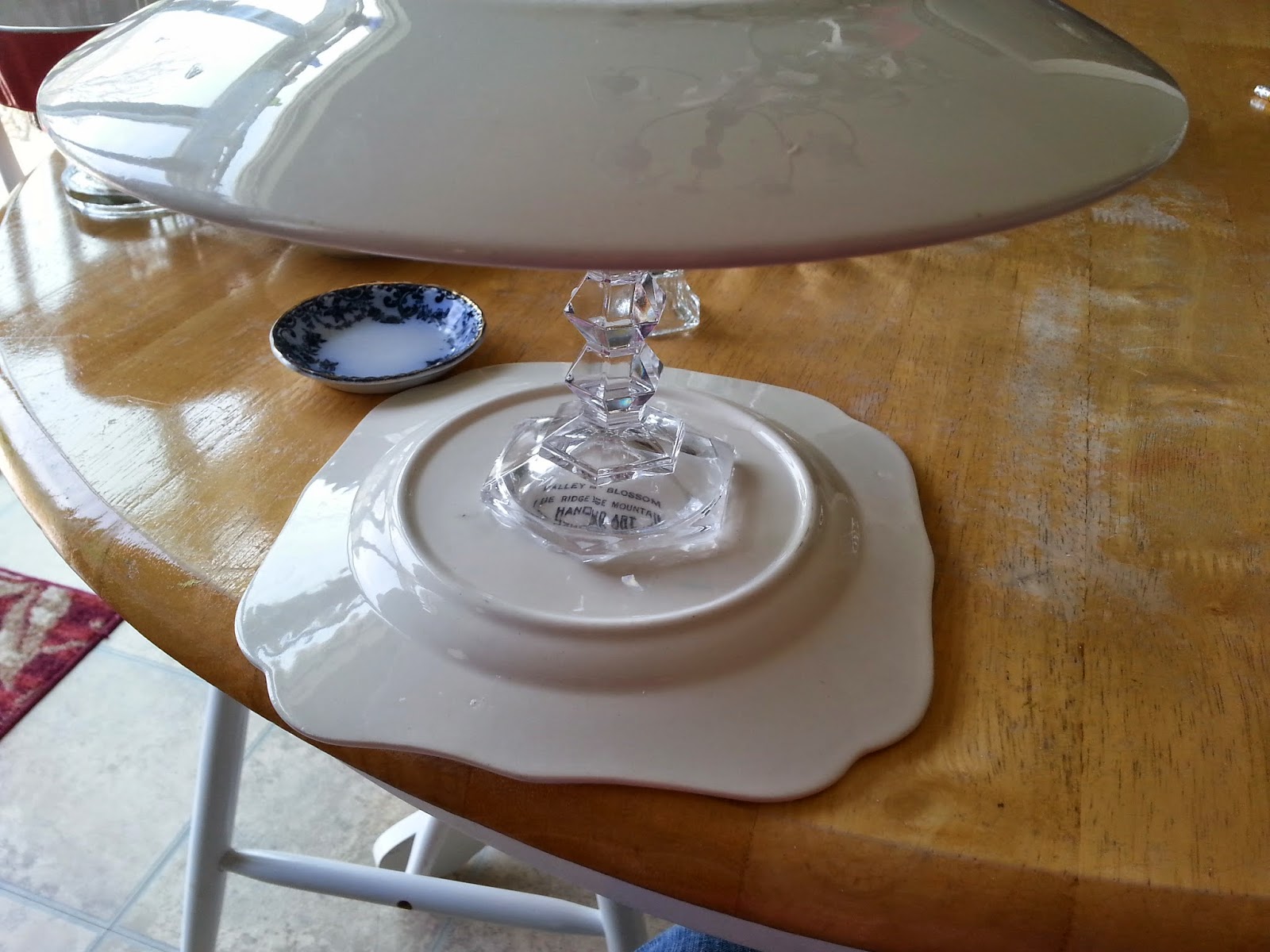 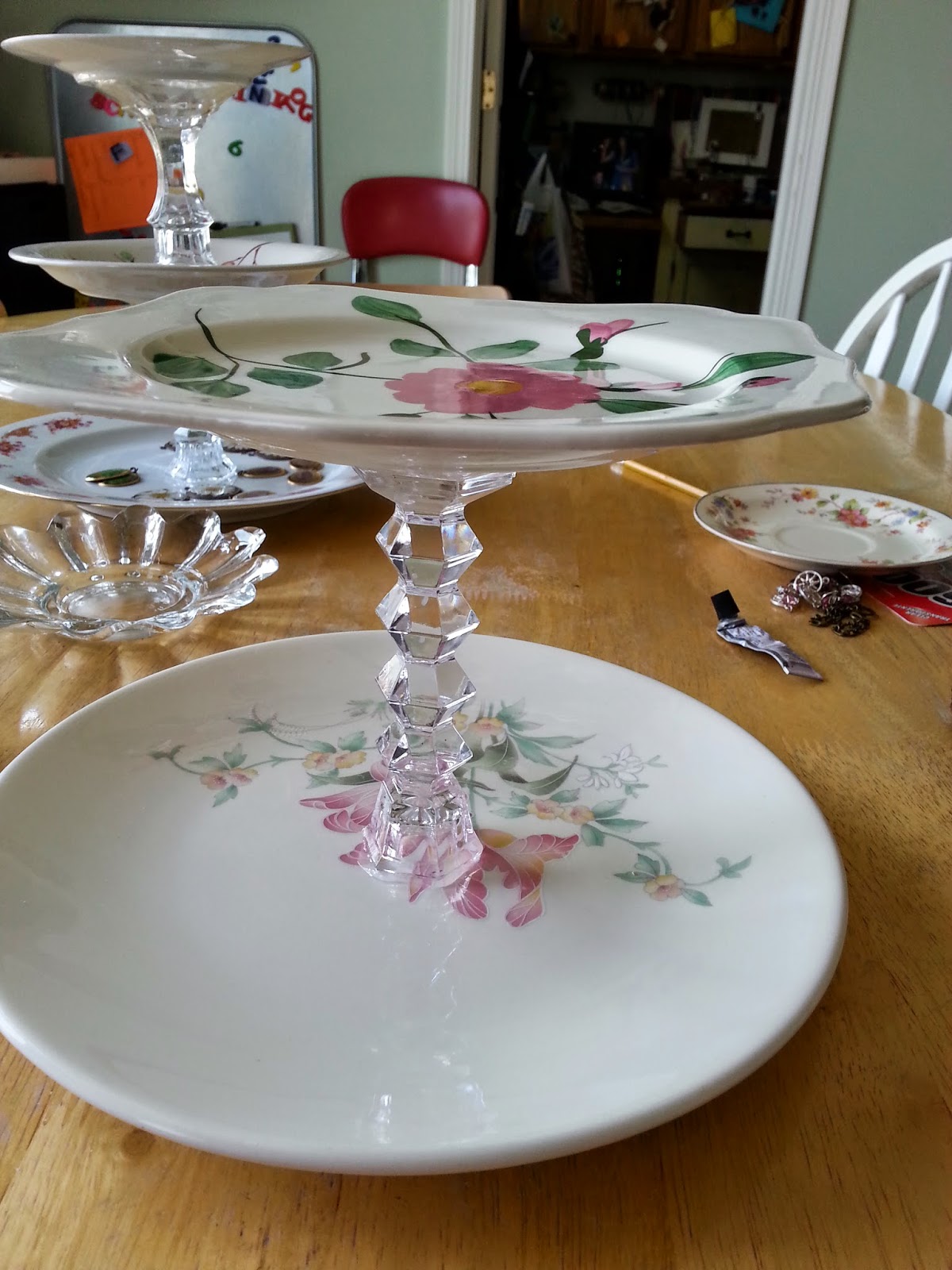 The top tier is shown below.  I put it together first before gluing it the middle tier. 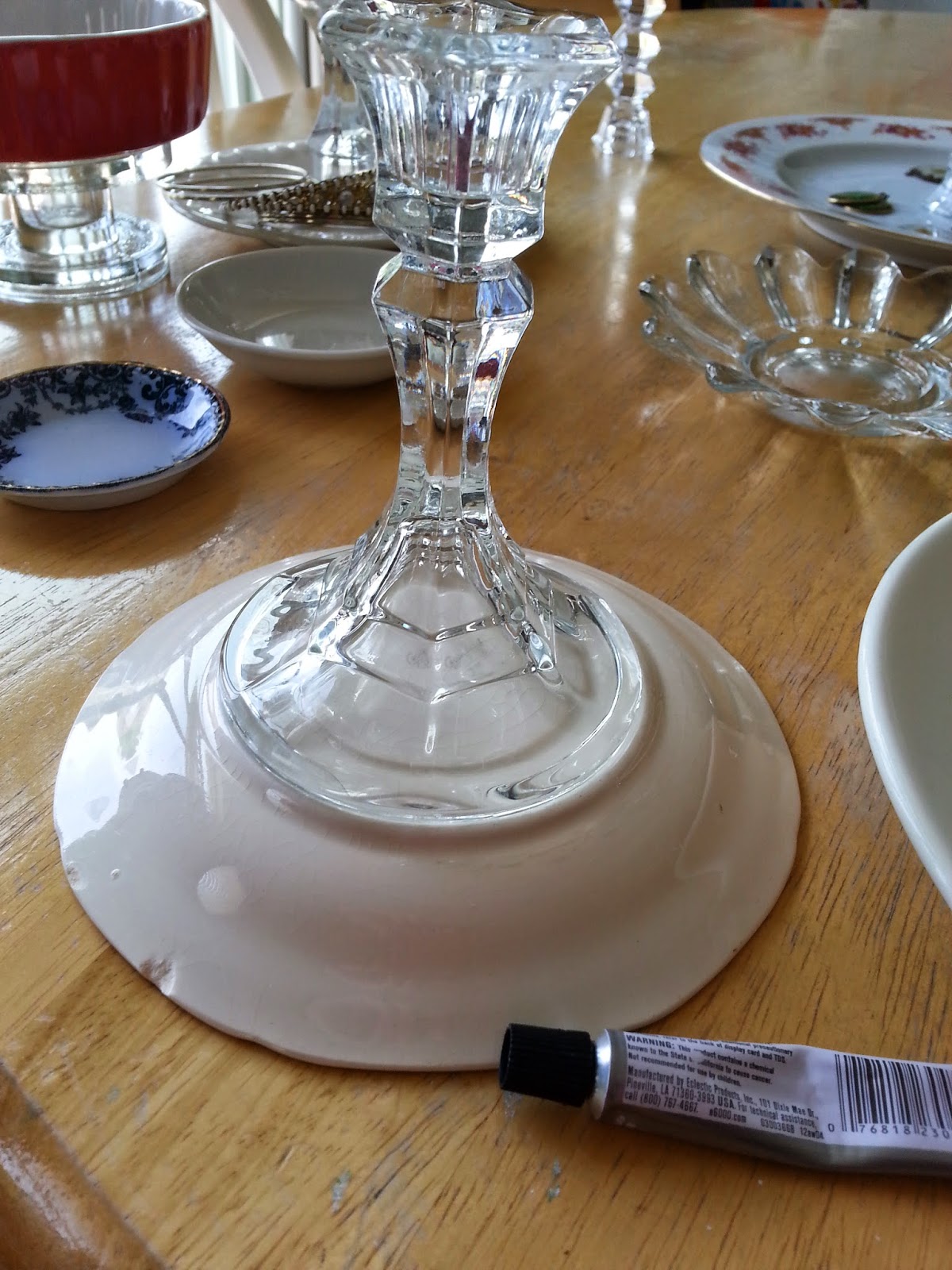 Here is the completed piece.  It's best to let it set up overnight.  And definitely use ventilation if using E6000, it's very strong-smelling. 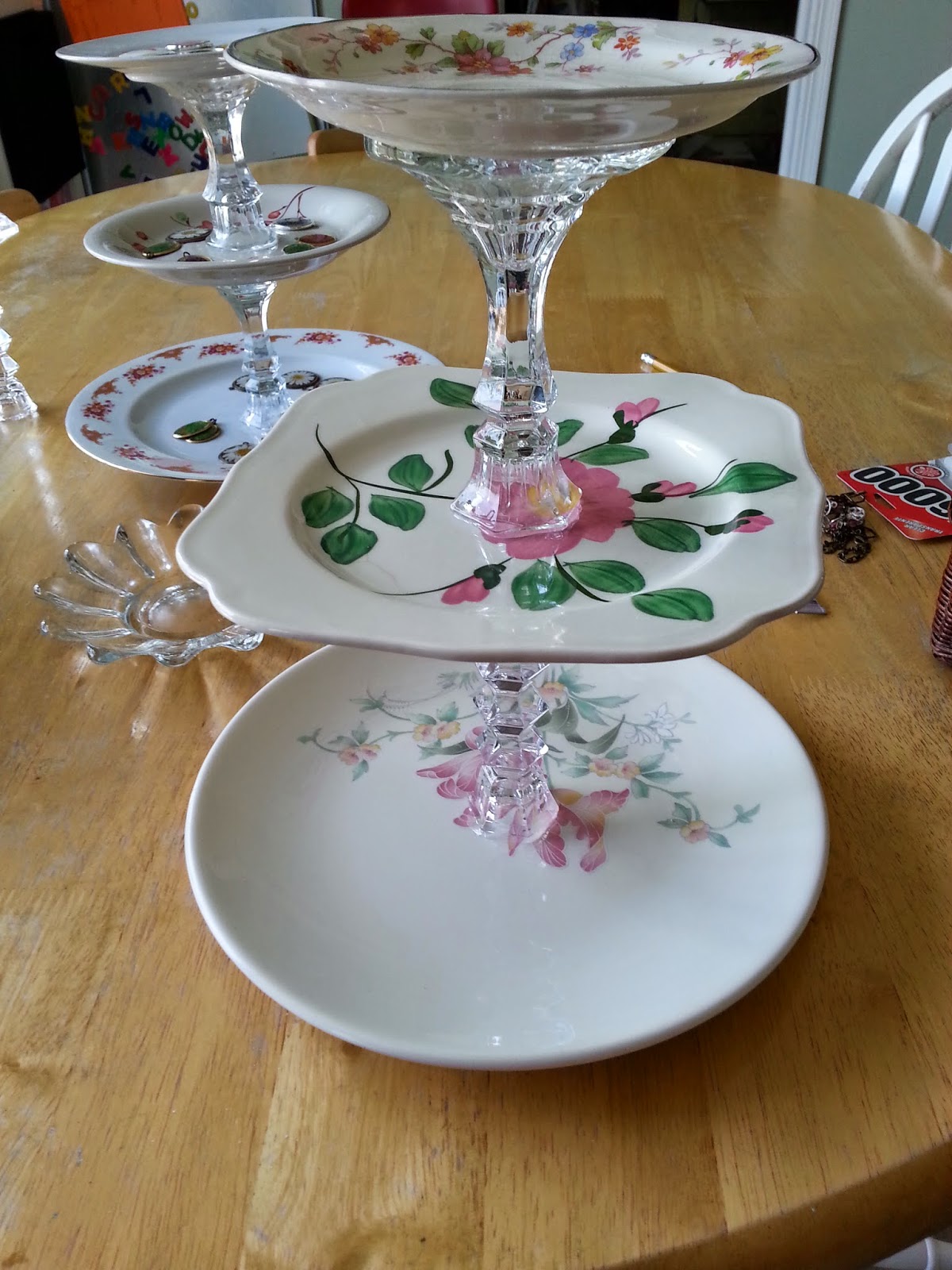 Or for me and my cluttered findings: 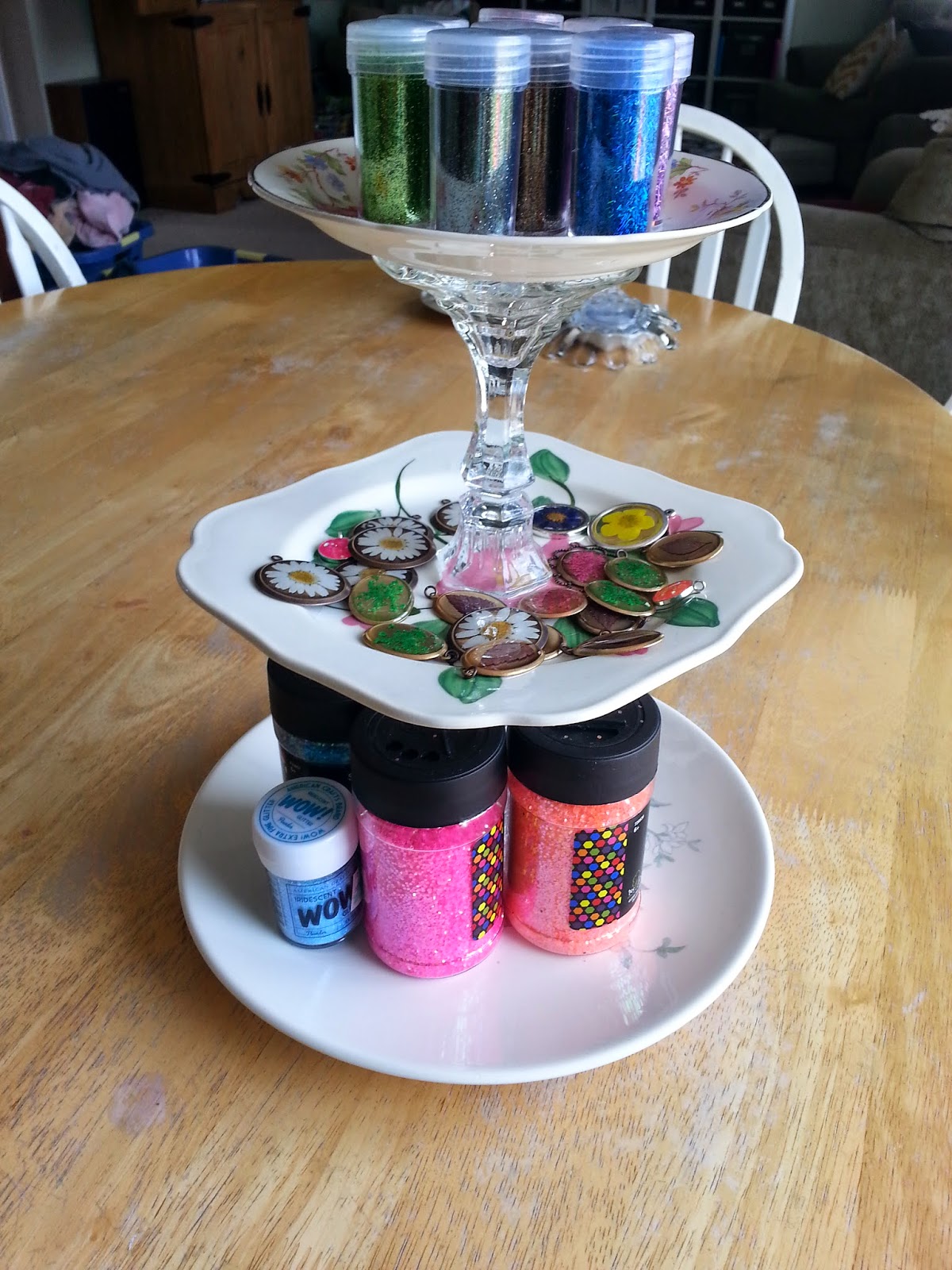 This month I'm giving away one of my initial bangle bracelets with the winner's initial.  It features a silver-plated pewter square charm on a hand formed silver-filled wire bangle. 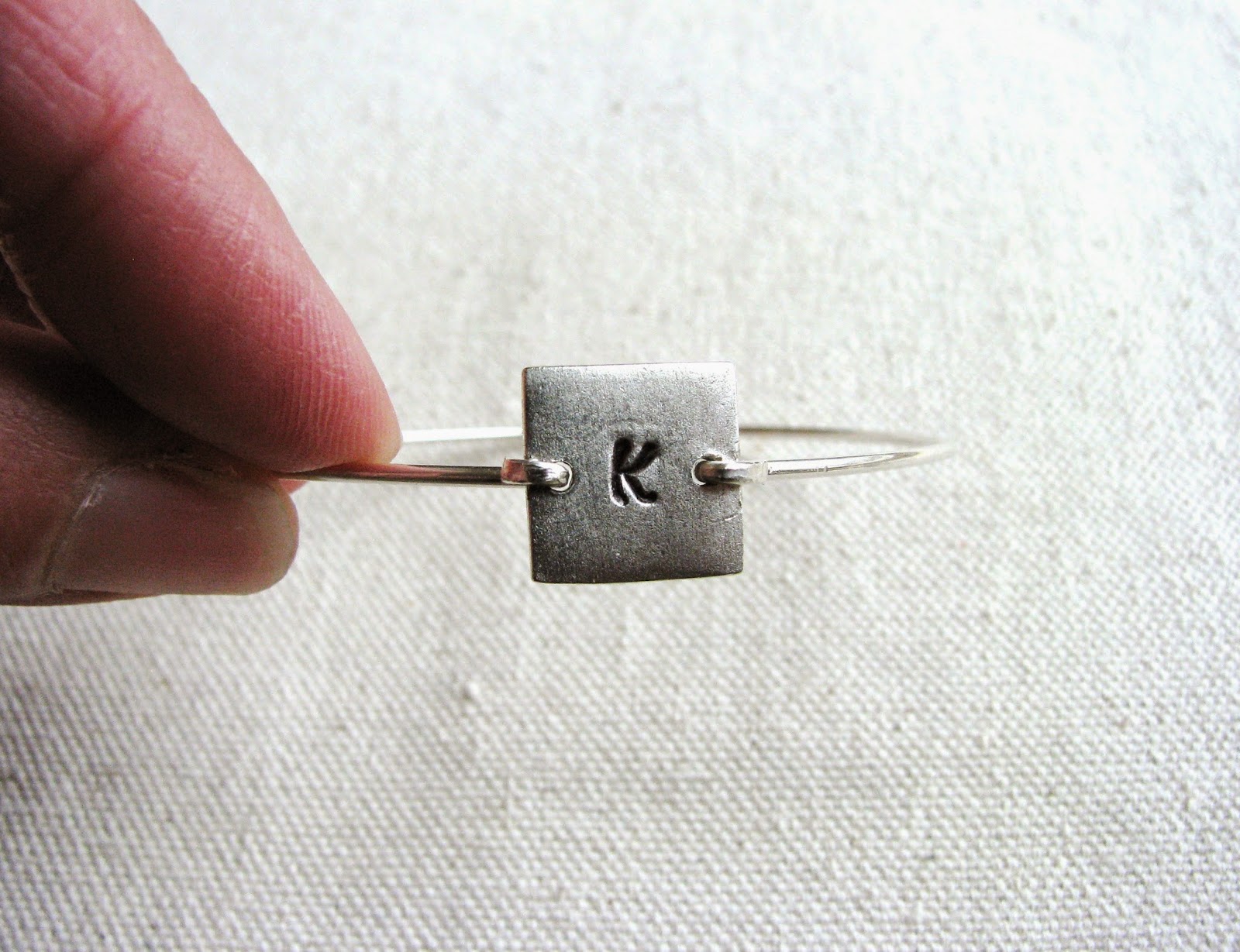 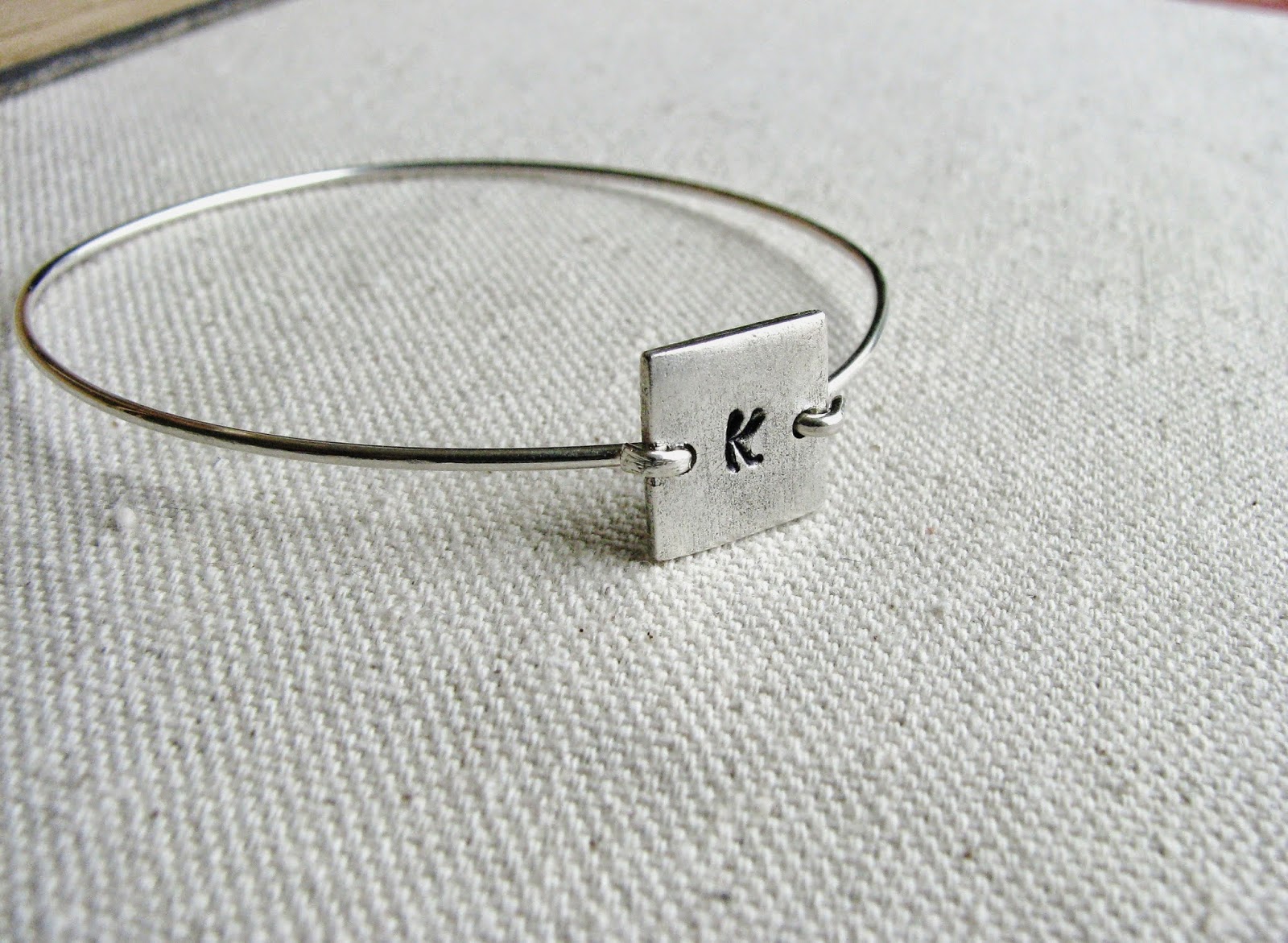 To enter the giveaway either comment below and/or comment/share/like my Facebook giveaway post.  The giveaway will end on 12am, Friday, April 25th.  The winner will be announced on Saturday, April 26th.  No purchase necessary.

A while back I came across a recipe that called for green salsa verde and garbanzo beans and I think pork.  I have the recipe somewhere in my recipe collection.  At any rate, I wanted a soup with green salsa verde and rice.  I love rice, especially jasmine, it's so aromatic.
So I modified another recipe I found, I used ground chicken, broth, a jar of salsa verde, onion, cannellini beans, and cumin.  Oh and jasmine rice! 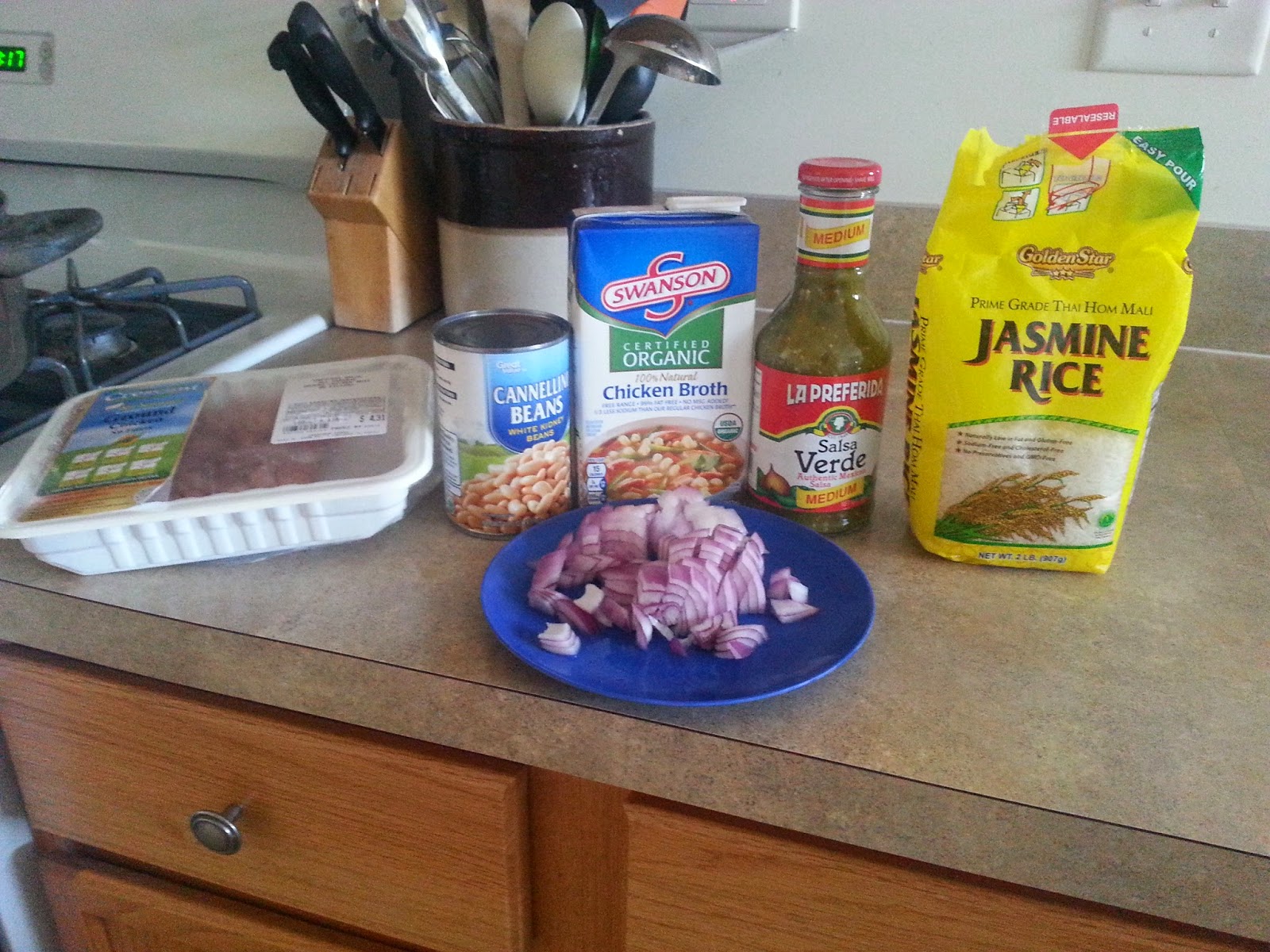 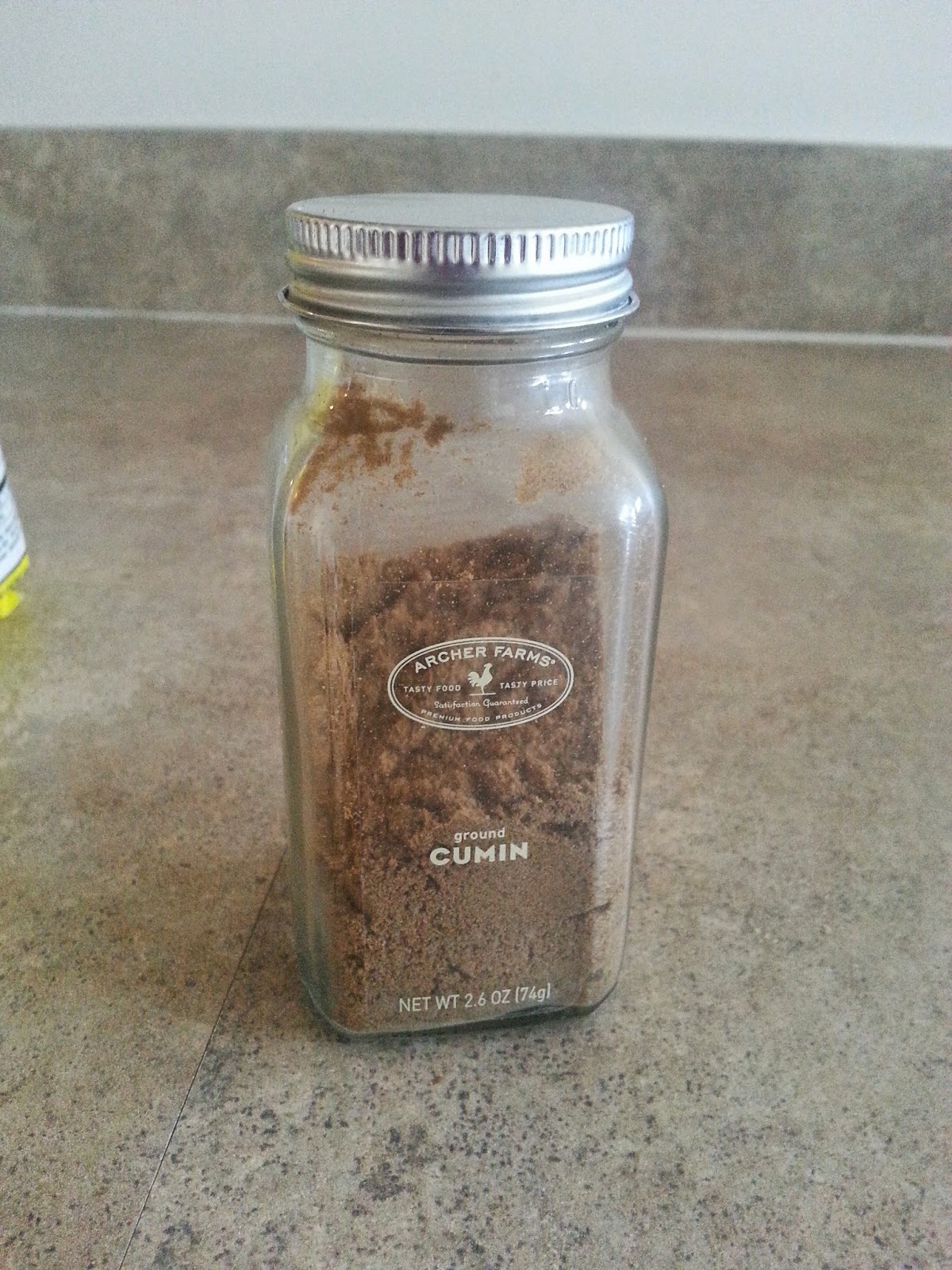 Here is the recipe:

Prepare Jasmine rice as directed in a separate pan.  Brown ground chicken with onion, add broth, beans, salsa, cumin, and prepared rice.  Simmer for about 5 mins and serve with cheese. 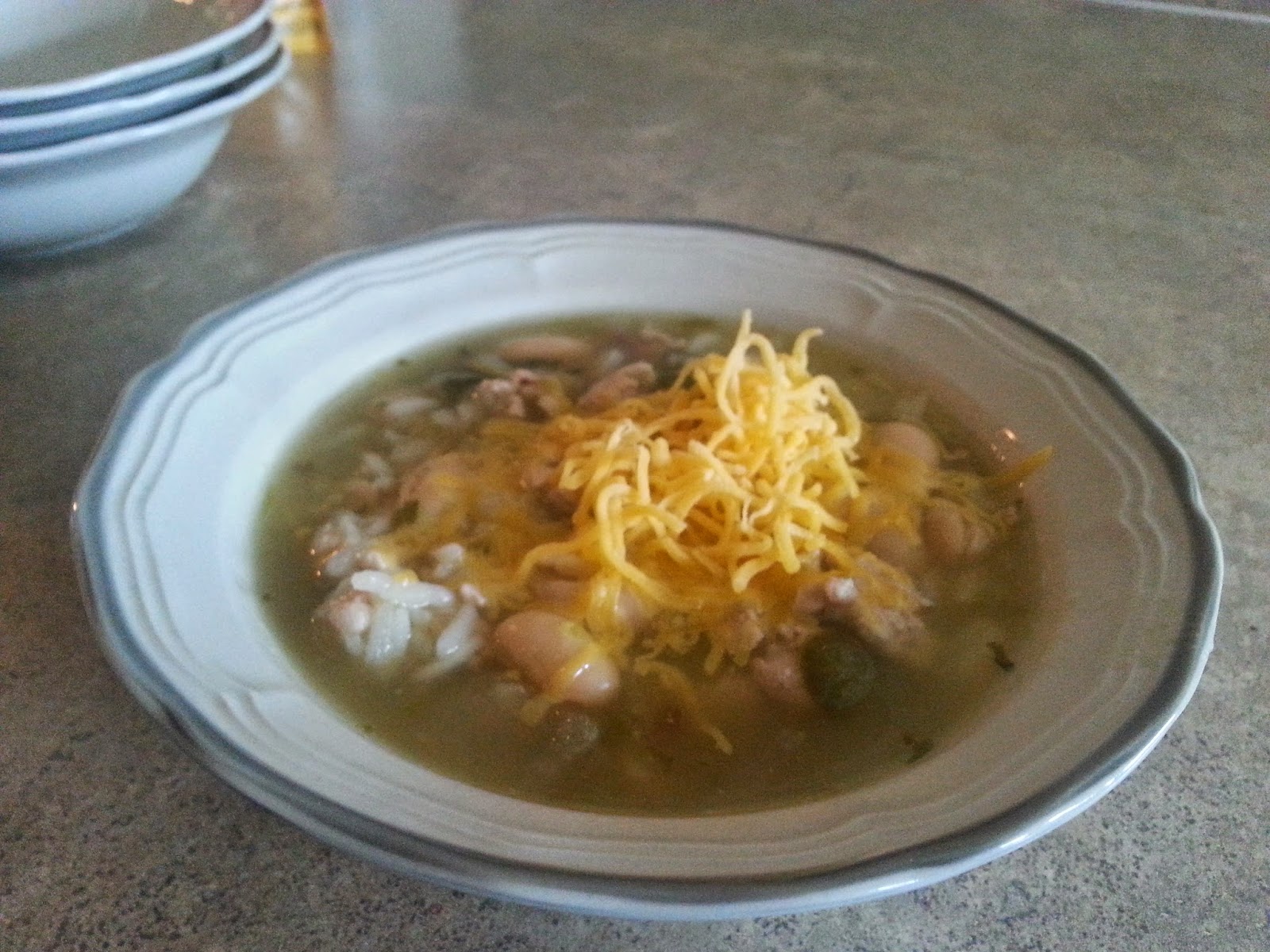 Trying out the space bags

Well, after a power outage, this is my 3rd attempt today to post!

I am a clutter queen, ask my dear hubby he'll tell you! 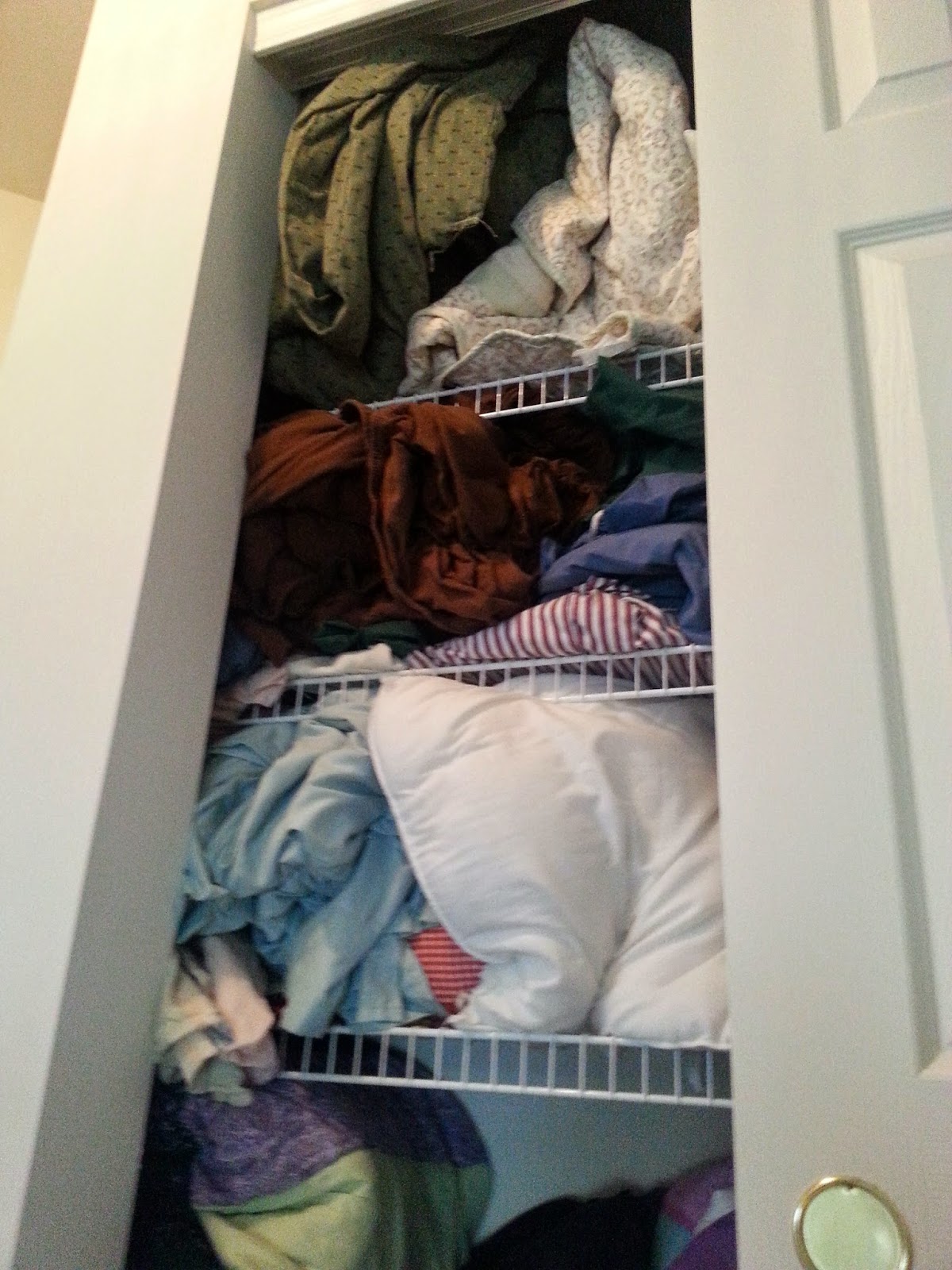 The evidence, this is my (only) upstairs linen closet.  It's so hard to house about 18 years worth of draperies, sheets, towels, quilts, blankets, slipcovers, wash cloths, sleeping bags, and pillows.  I know, but I might need them someday.  Hubby's solution is to purge, get rid of it, but that is just not for me.

So, after I heard that I could get Ziplock space bags at my nearest box store, I was excited.  I've been waiting to try these for years!   Plus they come in great colors!  Mind you, this is just a small fraction of my closet clutter.  I'm not sure how many bags I'll end up needing but this is a start at least.  :) 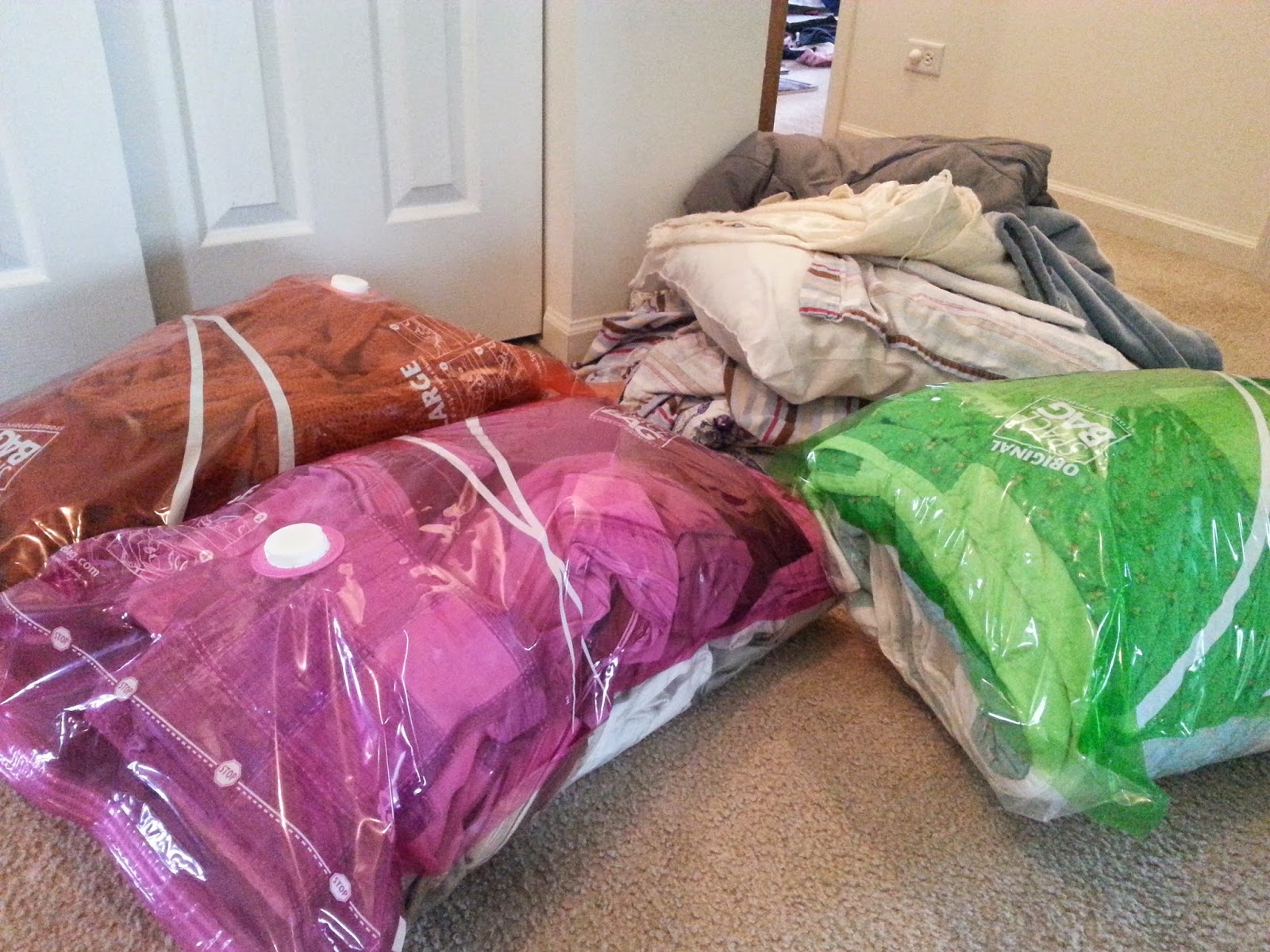 Couldn't be any easier than just filling and then vacuum-sucking the air out of them. 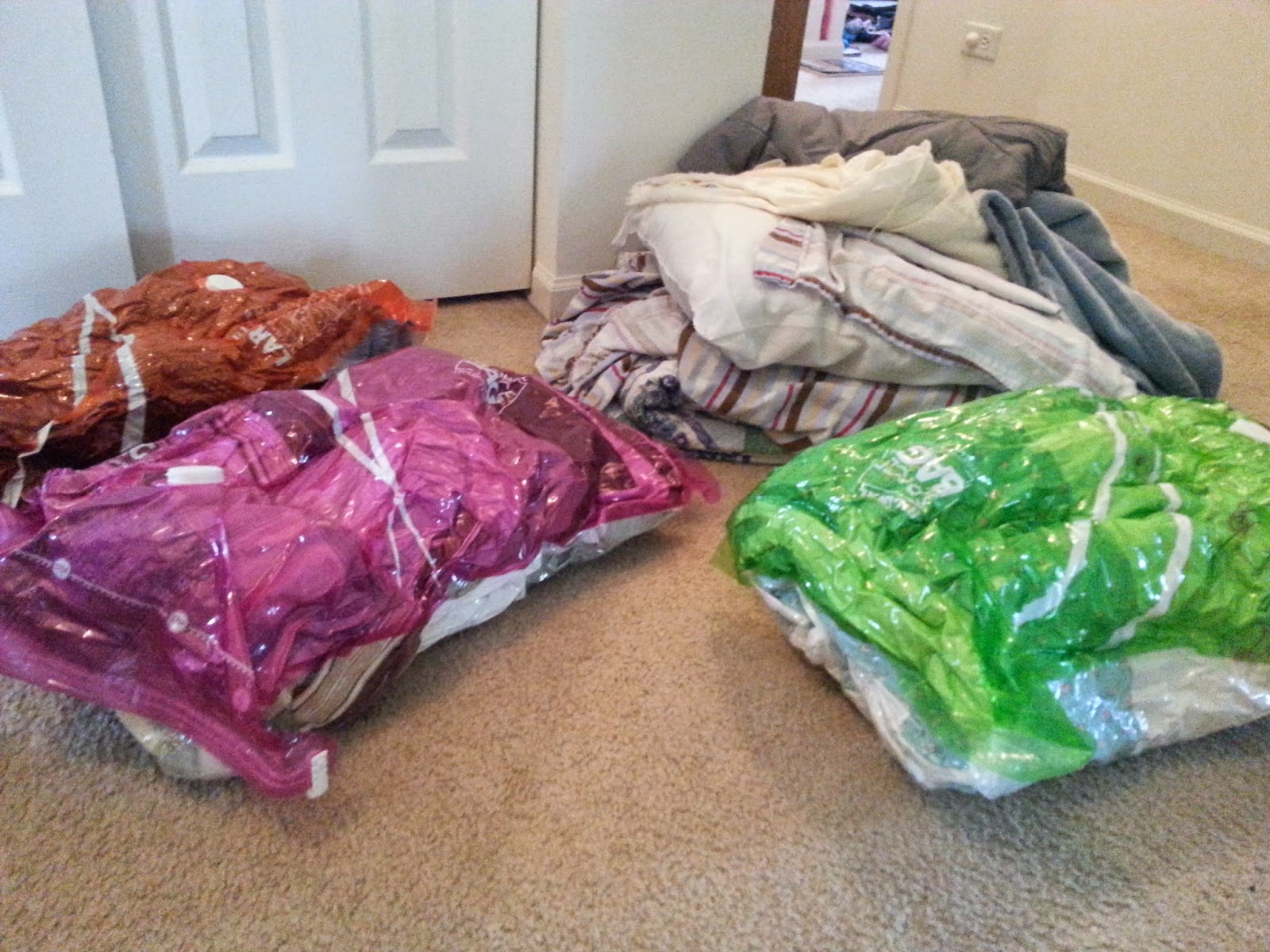 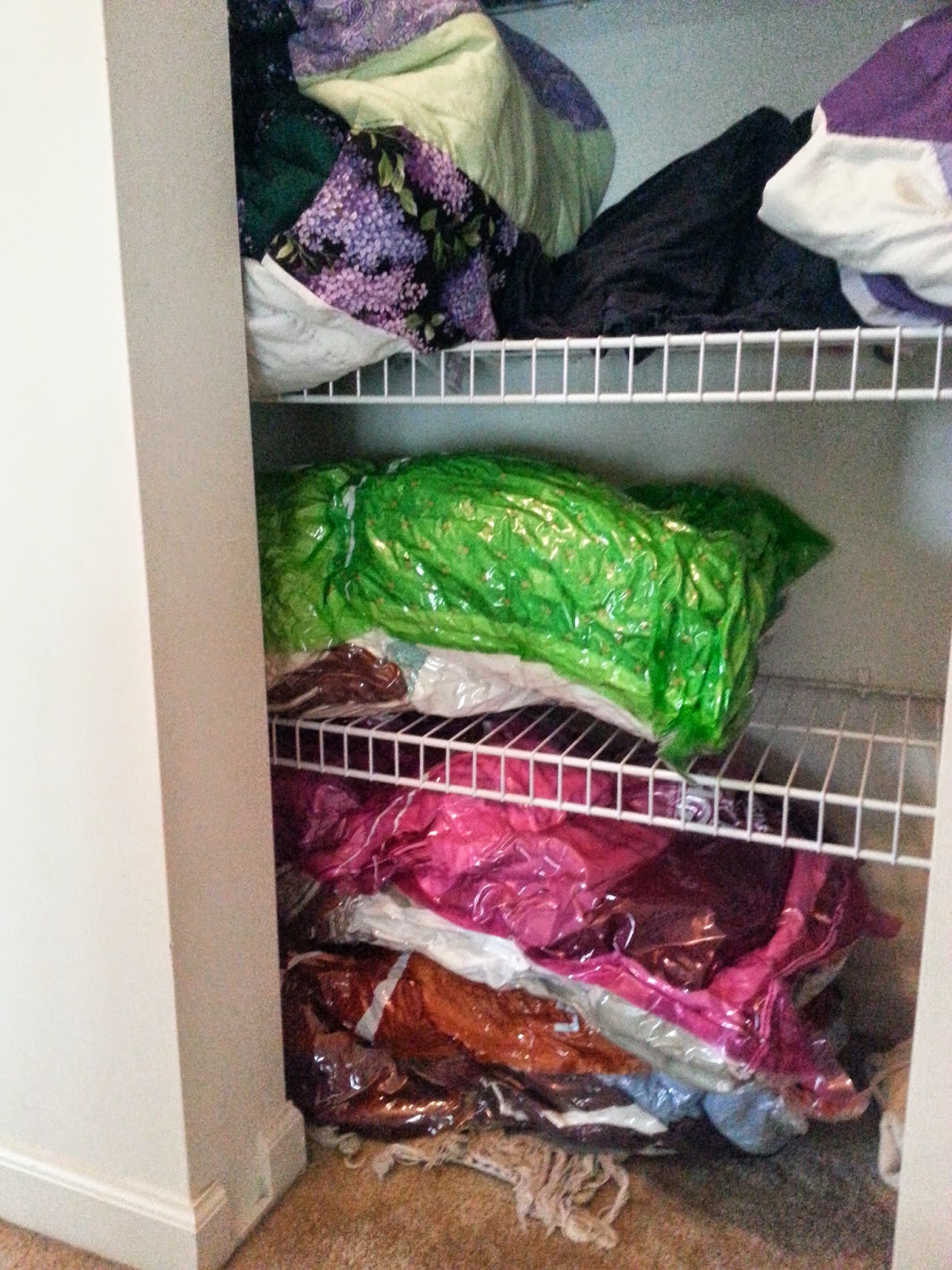 Katie
I'm a wife, mother, and a maker. I enjoy coffee and crafting. I own a jewelry and a ring dish business that both incorporate nature elements. 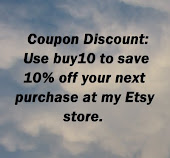 A few of my favorite things...